The Time Hack: A king, a special ops helo pilot, and issued watches

In the run-up to the start of this series, a member at the PW Facebook group asked a salient question.  Would we be talking about mil-spec watches or military-issued watches?  It was a good question, because those are indeed two different terms.  With the former, a watch is created that conforms to a specification or performance standard previously established by a military entity.  In the latter, a commercially-produced watch is procured by the military and distributed to a certain organization or cadre of troops.

This post will briefly dip into the realm of military-issued watches and cover a chronograph piece that I first observed on the wrist of a Jordanian special operations pilot in 2016.  I was leading a team of U.S. joint exercise planners aboard the King Abdullah II airbase, northwest of the capital of Amman.  We had just finished our obligatory round of black tea and were on the tarmac, escorted by the executive officer of the Prince Hashem Bin Abdullah II Royal Aviation Brigade.

The major was formerly a pilot with 28 Squadron, a unit comprised of MD 530F light multi-role helicopters used to support air assault, urban raid and attack missions for Jordan’s Special Operations Command .  Most military or aviation buffs will recognize that airframe as the AH-6 “Little Bird” from the movie Black Hawk Down.  If you are of a more seasoned vintage it looks like TC’s chopper from Magnum P.I.  It is small and nimble, but deadly in the hands of a trained pilot.

He wore his flight suit in a typical quarter sleeve cuff style, and I took note of the black sub-dialed chronograph on his wrist.  When he finished a short brief to the team, I nodded and gave him the “nice watch” bit, assuming he’d smile at the compliment and carry on.  It turned out that he was actually a watch guy!

He commented on my Marathon TSAR, and was proud that his watch was actually issued to him upon graduating flight training.  I cannot recall if King Abdullah himself presented the watch, but he was mentioned in the conversation.  The crisp face of the Victorinox Swiss Army Chrono Classic XLS (model 241445) really stood out and prompted me to read up on the specs.

The Chrono Classic XLS was introduced in 2011, among a series of similar chronos that sport various dial and sub-dial color combinations.  An anti-reflective sapphire crystal nests inside a fixed PVD tachometric scale bezel.  Together they sit atop a 45 mm stainless steel case which rides on your wrist with a deployant clasp, stainless steel bracelet and safety catch.

It is water resistant to 100m and displays hours, minutes, hacking seconds, split seconds, 30-minute chrono and date at six o’clock.  It comes in at just a hair over seven ounces and is powered by an ETA 252 22-jewel quartz movement behind a screw-down case back.  Reviewers have noted that its lume does not match Seiko capabilities but is nonetheless strong.

I never purchased a Chrono Classic for myself, but the connection to the Jordan Armed Forces and a crack special operations aviation unit always leaves room for a possible acquisition down the road.  There was a brief moment that day when I entertained the idea of offering my TSAR (issued in northern Iraq in 2008) in trade, but I figured that the cultural nuance of Jordanian hospitality might spur the major to trade away a truly sentimental watch.

I spent a few more moments discussing the major’s career and he delighted in recounting his exchange visit to a U.S. Army aviation unit a few years previously.  I could sense that he had developed a hard edge from serving on one of the frontlines in the regional fight against ISIS.  He was professional, motivated and courageous.

He was also quick to share that King Abdullah had just been announced by MTM watches as a brand ambassador of sorts.  A qualified tanker, parachutist and helicopter pilot, His Royal Highness is known around the region and military circles as the warrior king.  His story will have to wait for a future post. 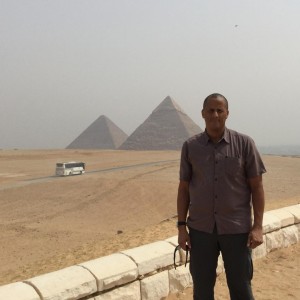